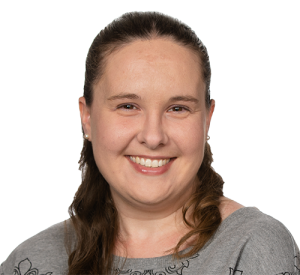 Shave Removals and Excisions
Shave removal of skin lesions (CPT codes 11300–11313) includes the removal of tangential or saucerized skin lesions to a level no deeper than the base of the dermis. The CPT provides no detailed guidance regarding differentiation of codes for shave removal versus biopsy when a specimen is submitted for histopathologic examination other than the definition of biopsy that was discussed previously. If the tissue is removed specifically for establishing diagnosis, then by definition the procedure should be coded as a biopsy. On the other hand, shave removal implies the intent to completely remove a lesion that already has a presumptive clinical or histologic diagnosis or is being removed for some purpose other than diagnosis (eg, symptomatic relief).

Shave removals are, however, clearly different than excisions (CPT codes 11400–11646), which must proceed through the entire dermis to the subcutis. Additionally, skin lesion excisions include margins, as the intent of an excision procedure is to remove the entire lesion along with a margin of normal skin around it.

Shaving (11300*-11313): removes the entire lesion but does not penetrate through to the fat. Moles are the most common lesions to be shaved.

Biopsy
Specifically, biopsy (CPT codes 11100/11101) is described as an “independent…procedure to obtain tissue for pathologic examination.”1 The method of biopsy is not specified by CPT and can include any of the following, as long as the primary purpose of the procedure is to remove tissue for analysis: removal by scissors, shaving with a blade or specialized instrument to any level including the subcutaneous fat, extraction using a punch, and excision down to the subcutaneous fat with a scalpel. The feature that differentiates biopsy from shave removal or excision is not depth or extent of tissue mobilization but the intent “to remove a portion of skin, suspect lesion, or entire lesion so that it can be examined histologically.”2 The underlying assumption is that neither definitive clinical nor histologic diagnosis exists prior to biopsy, the purpose of which is to help establish the identity of the lesion.

Biopsy (11100-11101): the partial removal of a lesion for the purpose of diagnosis.
The procedure note should include:

• Location of the lesion
• Size including clear margins

Determining the appropriate code for skin biopsy vs. shaving of a lesion depends on if the intent was to remove a piece of the lesion or the entire lesion.

The type of removal has to be reflected in documentation, so not only do physicians have to choose the correct code, they also have to provide documentation to support it. If the documentation is unclear, you should query the provider. Best practice is to have the provider addend the procedure note to include these specific details. Also, if a lesion goes to pathology, don’t code until the results are back. If the lesion is malignant, you can get a higher reimbursement.

Here’s how the coding looks:

Skin, left posterolateral calf, punch biopsy:
– Features consistent with erythema nodosum, see comment.
Comment:
Erythema nodosum may represent an allergic response to infection or systemic disease. It is associated with numerous infections,
inflammatory disorders, autoimmune disorders, and malignancies. It can also be caused by numerous medications. Clinical correlation
with these findings in regard to this patient’s history and associated medical condition(s) is recommended.

Additional resources include, but are not limited to: